The ACS Nano paper was highlighted by C&EN. 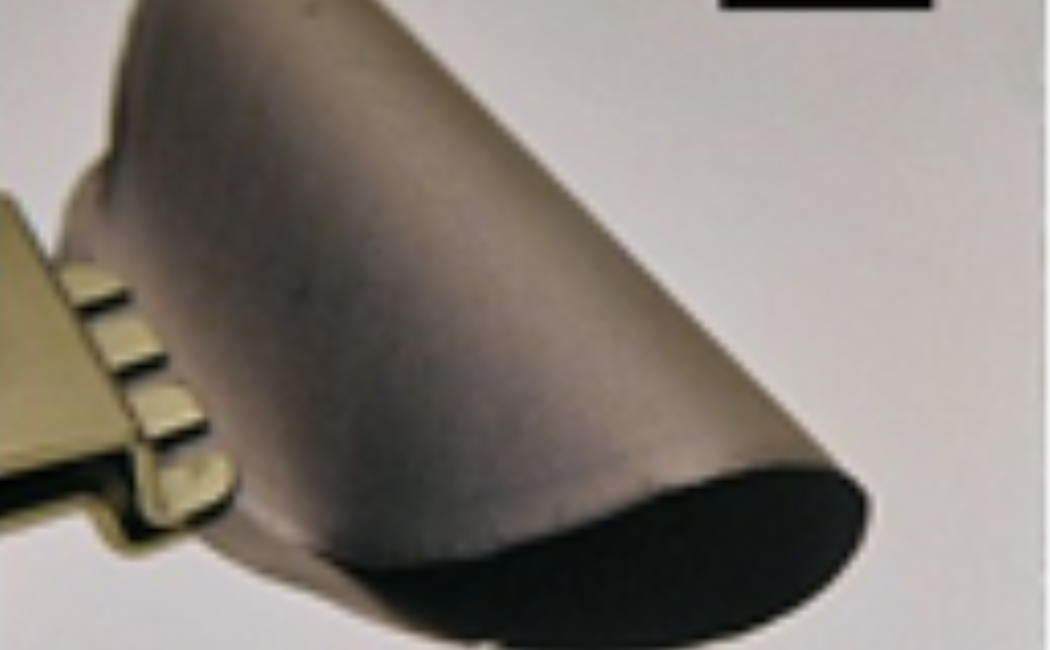 The ACS Nano paper was highlighted by C&EN.

An enormous amount of energy dwells where rivers meet the ocean. Harnessing this energy—released when fresh and salty water mix—requires expensive porous membranes that can control the flow of ions. Researchers now report that membranes made of 2-D metal carbide or metal nitride materials, known as MXenes, could work as well as conventional membranes yet should be easier and cheaper to make at large scales (ACS Nano 2019, DOI: 10.1021/acsnano.9b02579).

Harvesting electricity from salinity gradients has the potential to meet 20% of the world’s energy needs, says Peng Wang, an environmental scientist and engineer at King Abdullah University of Science and Technology who led the new work. One such pilot-scale technology is reverse electrodialysis (RED), which uses membranes to separate positively and negatively charged ions, creating an electric potential that generates electricity. But it remains impractical at large scales, partly because it relies on expensive semipermeable membranes with tiny pores that are easily clogged by impurities and bacteria.

A promising alternative membrane for RED is a film made of stacked ultrathin sheets with maze-like channels through which ions can navigate. Tailoring the surface charge of the individual sheets selects whether anions or cations pass through, so charges can be separated to generate electricity.

MXenes, first developed by Drexel University researchers for battery electrodes, are perfect materials for such layered membranes. They are strong and flexible in addition to being very easy and inexpensive to make. Plus, the materials’ surface charge and the size of the channels in a MXene membrane can be tailored for specific ions.

Wang, Husam N. Alshareef, and their colleagues made a 50 mm wide, 3 µm thick layered membrane out of a MXene, negatively charged titanium carbide. They tested it by putting a 1 mM potassium chloride solution on one side of the membrane and a 1 M solution on the other side. Potassium cations can only cross from the saltier to the less salty side. This crossing generated a power output density of 21 W/m2 at room temperature and 54 W/m2 at 58 °C. These densities are comparable to today’s polymeric reverse electrodialysis membranes.

Others have obtained higher power densities with experimental single-layer membranes that have nanopores or with single nanotubes, says David A. Vermaas, a chemical engineer at TU Delft, but MXenes are “a much more practical material for scaling up.” State-of-the-art polymeric membranes cost about $50 per square meter, Vermaas says. Wang estimates that the MXene membrane could come in at less than half that.

The team needs to ensure the membranes are chemically and mechanically durable and resistant to fouling over long-term operation. The researchers also need to make and test much larger membranes, which should be an advantage of this approach. “Large-scale MXene membranes could be easily fabricated by utilizing methods such as spray deposition or roll-to-roll coating,” Wang says.

Christopher A. Gorski, a civil and environmental engineer at Pennsylvania State University, says that the membrane should be tested at industrially relevant, practical conditions. The salinity gradient and pH in the study were too high to represent real waters, which typically have pHs of 5–8, he says. Nevertheless, he adds, given the expense of existing ion-selective membranes, “it’s definitely worthwhile to try to identify new materials.”